What’s the chance of dying if you get COVID-19?

Exactly how deadly is COVID really? Some people have suggested it’s the same as the flu. Others have said that it’s much more serious. Unfortunately, recent studies confirmed that COVID is definitely more deadly than the flu, but maybe not as deadly as we initially thought. 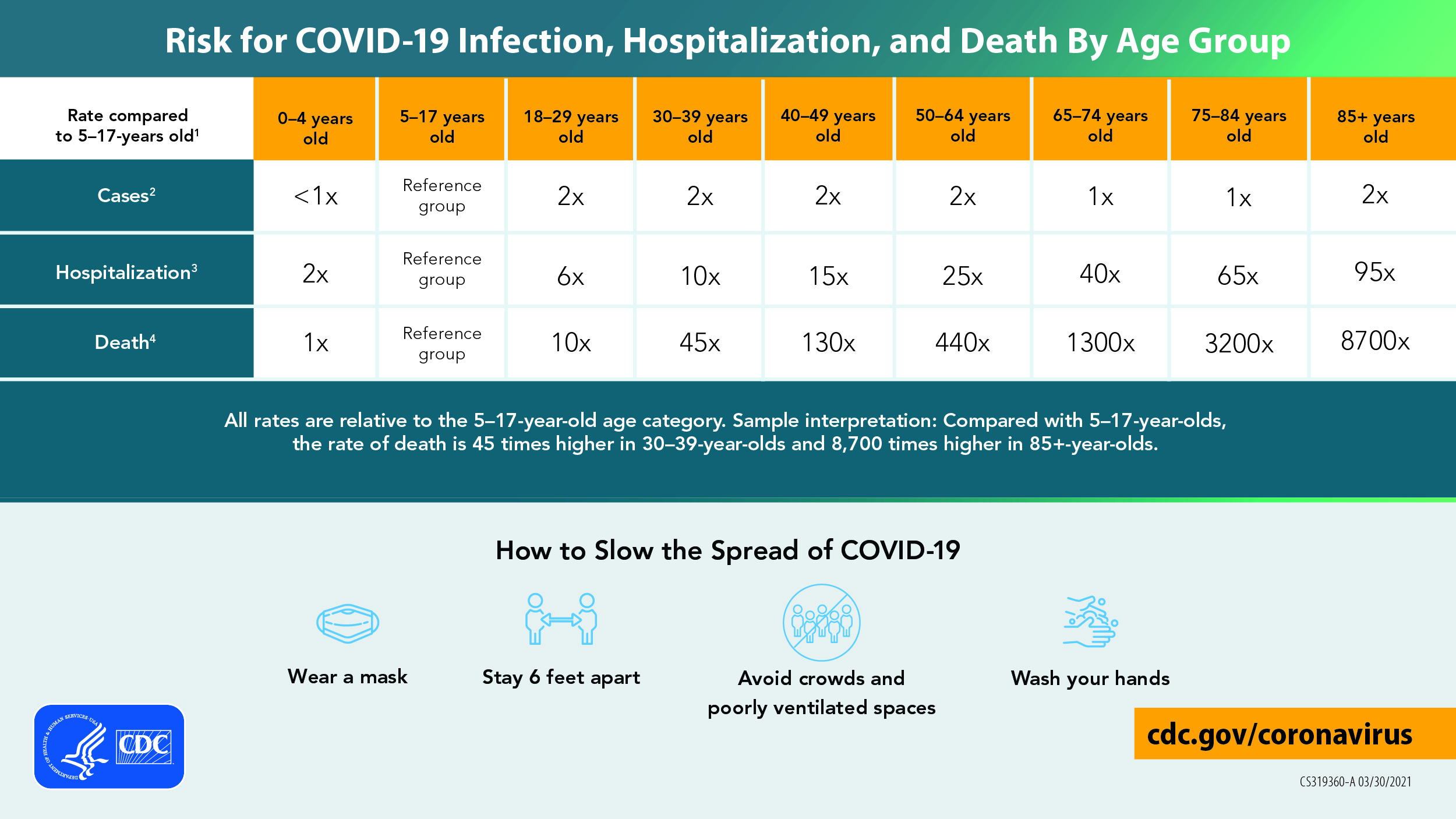 What’s the risk of getting hospitalized with COVID?

I’m a cancer patient--do I need to take extra precautions about COVID-19?

December 23, 2020
Other Articles in COVID-19 Basics
Why are we still doing case investigation?
Can I Go on Vacation This Summer?
If someone in my house has COVID-19, how likely am I to get it?
What’s the risk of getting hospitalized with COVID?
Pediatric Multisystem Inflammatory Syndrome (MIS) Now Seen in Adults, Too
Do face masks with clear plastic panels work?
Not finding the answers you’re looking for? Ask us a question