What is Herd Immunity?

In order to understand herd immunity, we first have to get a handle on R0 (pronounced R-nought). R0 is the number of new infections that will be created by a single infected person before they are no longer infectious in a completely susceptible population. Knowing R0 tells us a lot about how fast a new pathogen will spread in a population. If R0 is greater than 1, each infected person will create more than 1 new case while they are sick. So, the lower the R0, the slower the virus will spread through the population, the higher it is, the faster. We don’t yet know R0 for this novel coronavirus, but for the most infectious disease we know; for measles, R0 can be as high as 18.

R0 is determined by the pathogen itself, the way it interacts with humans, and the way humans interact with each other. The first thing that impacts R0 is the chances that an infected person will pass the infection if they are in contact with another susceptible person. The second is the average time a person who is infected remains infectious. The last thing is the rate of contact we have with each other. The more contact we have, the faster this virus will spread. And so, by reducing contact through physical distancing, we hope to reduce the number of new infections that each case creates.

R0 (also called the basic reproductive number) changes over time, and becomes less important as the epidemic continues. That’s because, as more people become infected, there are fewer healthy people to infect. This brings us to herd immunity. We refer to R-effective (also called the effective reproductive number) as the number of new cases the average person infects in a population in which some people are immune (either because they already had it or we have a vaccine). If this number is below 1, then the disease stops transmitting because there aren’t enough susceptible people to sustain transmission.

Herd immunity is an important concept, but we are still trying to get a handle on how quickly this pathogen is spreading now, and how that might change in the future. Until we do, we cannot say with certainty how many of us will need to be immune in order to stop this novel coronavirus in its tracks. 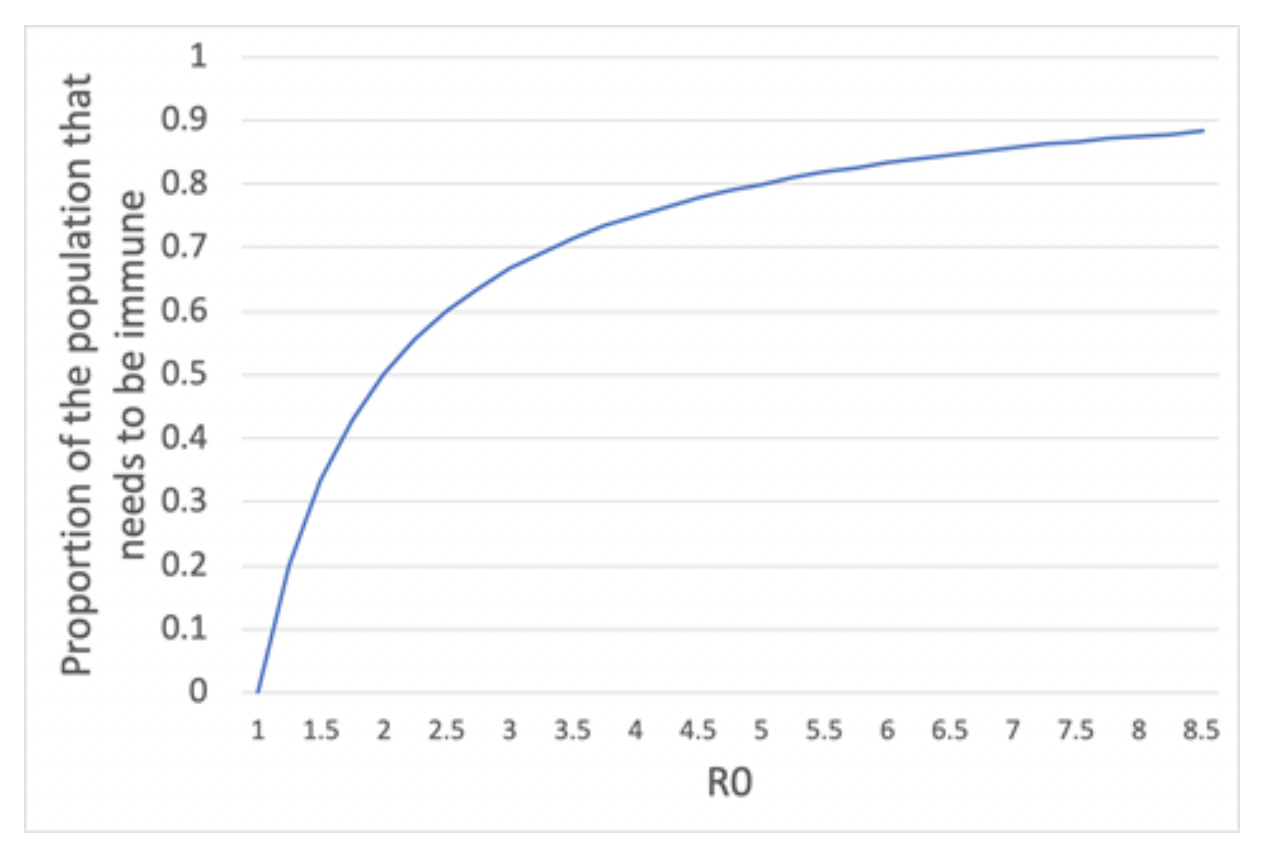 What is “excess death”?

How do we know how many people have died of COVID?

Will COVID-19 be worse in winter?

August 29, 2020
Other Articles in COVID-19 Basics
Why are we still doing case investigation?
Can I Go on Vacation This Summer?
If someone in my house has COVID-19, how likely am I to get it?
What’s the chance of dying if you get COVID-19?
What’s the risk of getting hospitalized with COVID?
Pediatric Multisystem Inflammatory Syndrome (MIS) Now Seen in Adults, Too
Not finding the answers you’re looking for? Ask us a question