Among the confirmed cases, about one-third were those aged 20-44 years old and one-third were those aged 45-64 years old, making up the largest age groups of those infected (Figure below). While this partly reflects the fact that people aged 20-64 account for about two-thirds of the american population, it also illustrates that adults of any age can become sick with COVID-19. Furthermore, 20% of hospitalizations occurred in people between the ages of 20 and 44 years old. 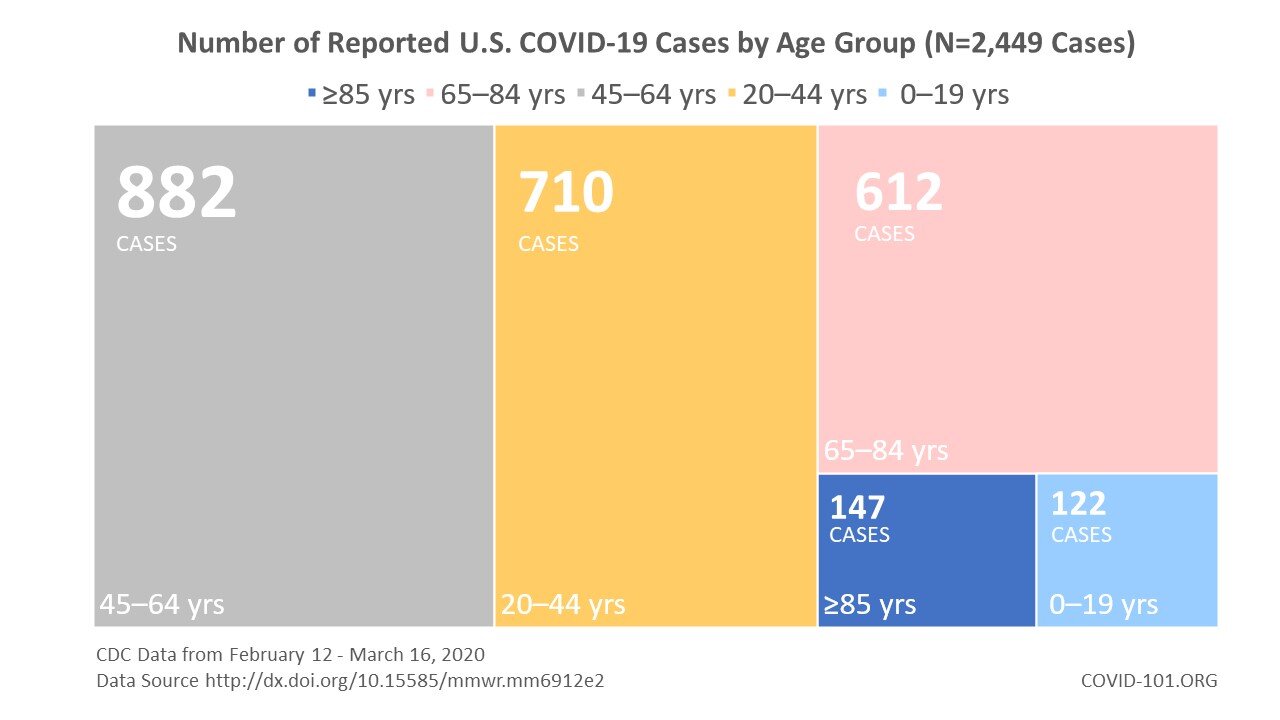 Confirming reports from other other countries, the new data shows that kids and adolescents (people less than 20 years old) can become sick with COVID-19, although they accounted for about 5% of the reported cases. So far, there have been no reported ICU admissions or deaths among kids or teenagers. 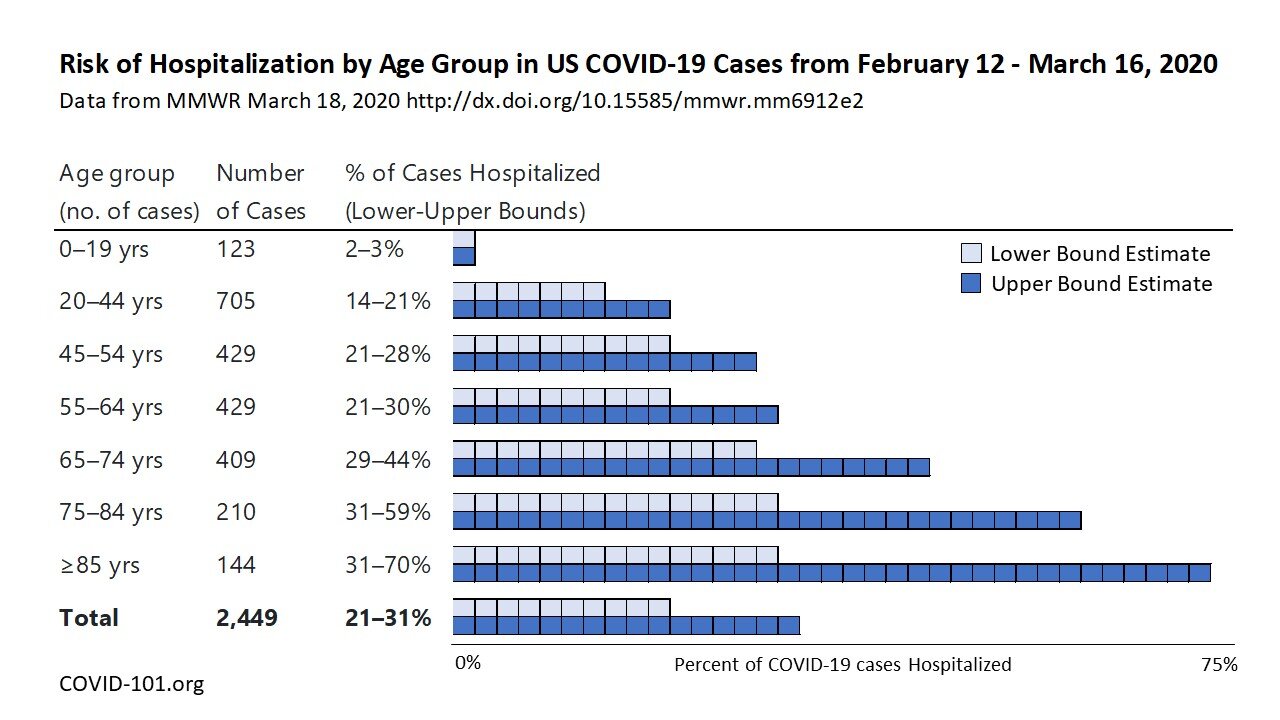 Unfortunately, this new report of U.S. data shows that adults of ANY AGE can get very sick or even die as a result of COVID-19. So protect yourself and your family - stay home and maintain good hand hygiene!

Will ibuprofen (Advil) prevent the COVID vaccine from working?

If I don’t have side effects, is the COVID vaccine still working?

What’s the chance of dying if you get COVID-19?

April 23, 2021
Other Articles in COVID-19 Basics
Why are we still doing case investigation?
Can I Go on Vacation This Summer?
If someone in my house has COVID-19, how likely am I to get it?
What’s the chance of dying if you get COVID-19?
What’s the risk of getting hospitalized with COVID?
Pediatric Multisystem Inflammatory Syndrome (MIS) Now Seen in Adults, Too
Not finding the answers you’re looking for? Ask us a question